With the loss of a Thunderbirds season, Western Mass. Zombies set to become Springfield’s only team this spring

Like many cities, the City of Springfield and it’s downtown entertainment district has been hit hard by COVID-19.  The Springfield Thunderbirds of the American Hockey League announced in 2020 they would sit out the 2020-21 season due to the coronavirus, leaving Springfield without sports and entertainment for quite some time.  That is all about to change next month, as another team is about to start its season and welcome fans to downtown.

The Western Mass. Zombies of the East Coast Basketball League have announced they will begin their third season in Springfield on April 3.  The team will return to the South End Community Center for a third season.  Although games typically have a capacity of 200, this season the capacity has been limited to 40 fans. 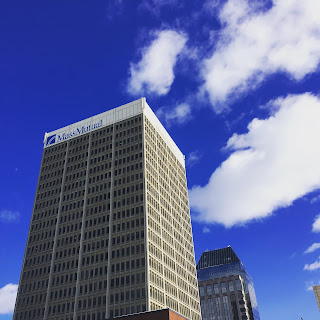 The Zombies, owned by Bill and Nichole Bullock, formerly were members of the American Basketball Association, joining the ECBL in 2020.  The Zombies will play teams throughout the Northeast such as Philadelphia and Fredericksburg, in a league that has teams that stretch throughout the East Coast down into the Carolinas.

The South End Community Center is a modern $10.3 million facility opened in 2017.  The Zombies’ current configuration allows for 200 fans, but make no mistake about it, the court and basketball venue are rather large with a high ceiling and modern touches throughout the facility.  LED lighting, new baskets and new scoreboards make watching the game enjoyable, especially in such an intimate atmosphere where fans can get very close to the action.

Located in Springfield's South End, the venue and the Zombies will be welcoming fans back to Springfield to watch live professional sports for the first time in nearly one year.  While the Zombies will only be starting the season with a limited seating of 40 fans, it is a start to slowly bringing entertainment-based economic life back to the downtown area.

The cancellation of the Thunderbirds' season may have been a blow to business in Downtown Springfield, but that isn't the only shot to Springfield's economy during COVID.  The loss of events such as concerts and conventions at the MassMutual Center has had a major affect on the downtown economy.

Countless restaurants, hotels and shops have been hit with a major loss of revenue.  The addition of events such as basketball and other sports can provide an opportunity for the downtown economy to begin to recover.  Having teams such as the Western Mass. Zombies return to the city is a positive sign for an economy that has felt the affects of COVID-19 for twelve consecutive months.  Fortunately, there seems to be a light at the end of the tunnel, a light area businesses have long been waiting for.