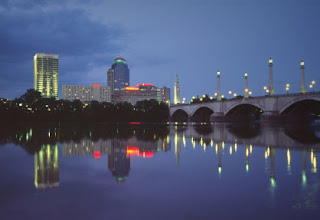 The Naismith Memorial Basketball Hall of Fame will make this year's Hoophall Miami Invitational more than just an elite college basketball double-header, the event will truly tie in the local community by allowing ten Miami-area high schools the opportunity to display their talent on the court at the AmericanAirlines Arena.

The third-annual Hoophall Miami Inviational, the Hall of Fame's Miami college basketball showcase, has been previously announced as a double-header with two match-ups, Syracuse-Kansas and Miami-Princeton on December 2 at the AmericanAirlines Arena in Miami.

Yesterday's announcement gives ten high schools from the Miami-area a chance to play in a high school showcase event on November 28 also at the AmericanAirlines Arena, and allows fans the chance to purchase tickets for $19, a ticket that gives entry to all five high schools games as well as the college double-header.

This is yet another example of the Hall of Fame's continued effort to expand its reach and market itself both regionally and nationwide, alongside the Tip-Off Tournament held each November at the Mohegan Sun Arena, the Hall of Fame Classic college double-header held at the Staples Center in Los Angeles on December 8, and the men's and women's college Holiday Showcases, held December 19 and 20 respectively at the Mohegan Sun Arena.

Having the Hall of Fame holding events throughout the country helps grow an already worldwide brand, something that is very beneficial locally here in Western Massachusetts.  In addition to Six Flags New England and Yankee Candle, the Hall of Fame has been one of the region's largest tourist attractions ever since its opening in 1968 at Springfield College and continues to be a boon for the the regional economy.