Thunderbirds opt out of season, plans to resume play in 2021-22 season

Hockey fans in Springfield will have to wait until the fall for the return of professional hockey, as the Springfield Thunderbirds announced that they will be voluntarily opting out of the 2020-21 American Hockey League season.

Not only will this be a major loss for hockey fans and families seeking entertainment in the area, but this impacts the already-hurt restaurants and other businesses in the city's downtown.  Economics aside, with a rise in cases and a concern for the safety of fans, the numbers show that this was most likely the right choice made by the team. 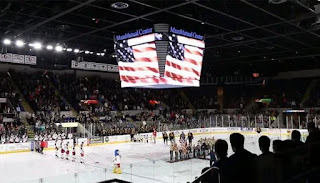 The Thunderbirds aren't alone, the team is one of three AHL franchises choosing to opt out of the season. Since joining the AHL in 2016 after the Springfield Falcons left for Tucson Arizona, the Thunderbirds have achieved a quick and large amount of momentum in the city.  There is no question COVID-19 has affected this momentum, but the impression the Thunderbirds have made on the city and its fans has been extremely positive, a sign the momentum could easily continue once play is resumed in the fall.

Without significant television revenue, a minor league team like the Thunderbirds depends on its ticket sales for revenue.  Removing this would make a season extremely difficult, a contributing factor to having the Thunderbirds choose to opt out of play.

When hockey returns, the 94-year legacy of Springfield hockey will continue, once again bringing fans into the city and aiding a downtown in need of its team.